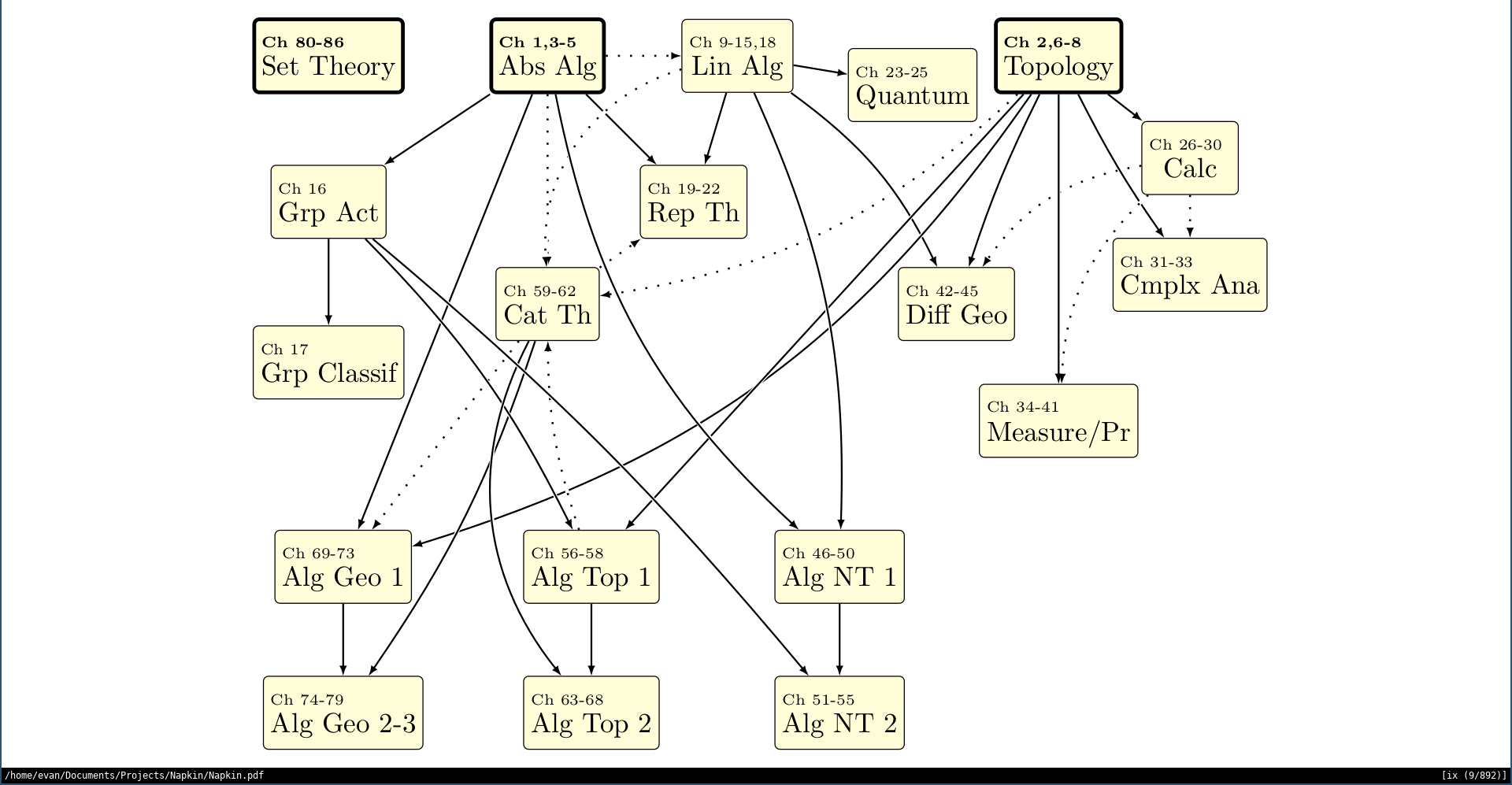 The recent v1.5 is a new update which revises many of the earlier chapters and adds new content in real analysis, measure theory, and algebraic geometry. It is however even more visibly incomplete, with several chapters scheduled but not yet written. In addition, many chapters still lack problems or solutions.

See link above for the most recent draft, and here for a listing of periodic snapshots. You can also view the source code on GitHub; the most recent version is automatically compiled from that source.

I would highly appreciate any corrections, suggestions, or comments.

The Napkin project is a personal exposition project of mine aimed at making higher math accessible to high school students. The philosophy is stated in the preamble:

I’ll be eating a quick lunch with some friends of mine who are still in high school. They’ll ask me what I’ve been up to the last few weeks, and I’ll tell them that I’ve been learning category theory. They’ll ask me what category theory is about. I tell them it’s about abstracting things by looking at just the structure-preserving morphisms between them, rather than the objects themselves. I’ll try to give them the standard example Gp, but then I’ll realize that they don’t know what a homomorphism is. So then I’ll start trying to explain what a homomorphism is, but then I’ll remember that they haven’t learned what a group is. So then I’ll start trying to explain what a group is, but by the time I finish writing the group axioms on my napkin, they’ve already forgotten why I was talking about groups in the first place. And then it’s 1PM, people need to go places, and I can’t help but think:

Man, if I had forty hours instead of forty minutes, I bet I could actually have explained this all.

This book is my attempt at those forty hours.

This project has evolved to more than just forty hours.